http://www.deborahrossministries.com/Blog?blogid=0&view=post&articleid=78769&link=1&fldKeywords=&fldAuthor=&fldTopic=0
By Deborah Ross
God says that there are MANY who will sit and listen to His Word with glad hearts. They will even go back and talk about the message with favor saying, "That sure was a good message we heard this morning." To many, sermons are simply music to the ears, giving lovely sounds and uplifting notes - but not causing CHANGE in the heart of the hearer. Unfortunately, many people hear the Word of God, but then they have no idea of how to "apply" the Word of God. Still again, many would not even consider "doing" what they heard...it just seems too hard.
RIGHTEOUS OR RELIGIOUS... 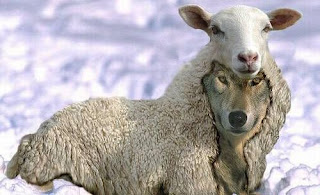 Psalm 19:13 KJV
"Keep back thy servant also from presumptuous sins; let them not have dominion over me: then shall I be upright, and I shall be innocent from the great transgression."

FOR BETTER UNDERSTANDING, READ THE ENTIRE EZEKIEL 33 BEFORE READING THIS POST

Do you go to church because you like to see who will be there? Or, maybe you go because it makes you "feel good" to hear a sermon. Perhaps, you are one of those that really enjoys the music. You could even be going just because it is "the thing to do" on Sunday mornings.

I sure hope the above suggestions don't, in any way, describe your attitude about church. Going to the house of the Lord should be much more than a casual past time. Why? Because God is Holy and we should worship Him in Spirit and in Truth. If we call ourselves Christian, we should have a deep longing to know more about the Word of God. We should love the Lord our God with all of our heart, soul, and strength. Born-again believers should want to "do" the will of God. They should desire to be Holy, because He is Holy (1 Peter 1:16).

Ezekiel 33:31 KJV
"And they come unto thee as the people cometh, and they sit before thee as my people, and they hear thy words, but they will not do them: for with their mouth they shew much love, but their heart goeth after their covetousness."

God says that there are MANY who will sit and listen to His Word with glad hearts. They will even go back and talk about the message with favor saying, "That sure was a good message we heard this morning." To many, sermons are simply music to the ears, giving lovely sounds and uplifting notes - but not causing CHANGE in the heart of the hearer. Unfortunately, many people hear the Word of God, but then they have no idea of how to "apply" the Word of God. Still again, many would not even consider "doing" what they heard...it just seems too hard.

The Word of God is sure. Whatever is declared by the apostle, the prophet, the evangelist, the preacher, or the teacher is sure to be the judgement of God if the people of God fail to adhere to the sound doctrine of TRUTH that is sent forth. God's Word is not preached to put people in bondage (as the devil tries to make them think), but rather, to give them LIFE and to give them LIFE MORE ABUNDANTLY!

Even so, the Lord has STANDARDS...but, His standards are not to make us feel inadequate. Oh no! His standards are for us to live up to, so that we can receive the full blessing that He has for us, as Children of the King.

Ezekiel 33:11 KJV
"Say unto them, As I live, saith the Lord GOD, I have no pleasure in the death of the wicked; but that the wicked turn from his way and live: turn ye, turn ye from your evil ways; for why will ye die, O house of Israel?"

God says that He has no pleasure in the death of the wicked. He just wants the wicked to TURN FROM HIS WICKEDNESS and LIVE IN THE ABUNDANCE OF HIS GRACE. The Lord does not want anyone to die. That means both physical death and spiritual death. So why do people die? Dying is the result of sin - not the result of God's will. The good news is that, even in death, the Lord makes a way of escape as He offers ETERNAL LIFE to those who are sealed unto salvation by the blood of Jesus. So you see, God wants us to LIVE... now and forever!

As we read on in Ezekiel 33:12-20, we learn that God tells Ezekiel to warn the people that their righteousness will not be remembered in their day of iniquity... they will surely die! In other words, those that profess Christianity, go to church regularly, sing in the choir, and even tithe, who turn their back on God to live a lifestyle of sin - they shall surely die.

I know this is not a popular message, but I think it is one that the church needs to hear. Not only is our Lord the God of Grace, but He is also the God of Righteousness and Judgment. God hates sin. On the flip side of this passage, God tells Ezekiel to announce that when the wicked turn from their wickedness - they shall live!

Ezekiel 33:13 KJV
"When I shall say to the righteous, that he shall surely live; if he trust to his own righteousness, and commit iniquity, all his righteousnesses shall not be remembered; but for his iniquity that he hath committed, he shall die for it."

You might be saying, "That's not God's way. That's not even fair." That's exactly what the children of Israel said! They didn't like the strong Word of the Lord that Ezekiel spoke. In verse 24, they "presumed" that since they were Abraham's seed, they should inherit the blessing... just because. Isn't that just like the church today? Being presumptuous about the GRACE of God.

You see, GRACE is not a license to sin. Rather, GRACE is the POWER TO STOP SINNING! The Strong's concordance says that GRACE is God exerting his holy influence upon souls, turning them to Christ, keeping them, strengthening them, and increasing them in their Christian faith. Contrary to the church doctrine of many today, Grace is not a "GET OUT OF JAIL FREE" pass. We must meet the conditions of Grace through repentance, or we will live a lie and continue to be lost... even though we might "think" we are saved. The devil loves to play with God's Word in such a way that he twists and manipulates the minds of humanity so that they fall prey to cliche's that Jesus called "doctrines of devils". If Satan is successful in causing someone to live a lie, believing that they are right with God - when, in fact, they are simply RELIGIOUS - he will succeed in luring yet another beguiled soul into an eternal hell.

Then again, if Satan can't claim a soul for eternal separation from God (hell), he will go for the next best thing and that is shutting them up so that they will be ineffective in the Kingdom of God. You see, Satan knows that sin causes death - all death. So, he is forever placing stumbling blocks of temptation before the believer, hoping they will fall into his trap of a lifestyle of iniquity. If he can just get them to FALL INTO SIN he can have access to a host of curses (even death) in their life and thwart their destiny as a Child of God.

I know this message is not popular and I know that many will say, "No, God is full of Mercy and Grace." And He is!!! He is full of mercy and grace, but He is still a Holy God. New Testament teachings don't take away from the Old Testament character of God. Christ came to "fulfill the law", not do away with it. The character of God has not changed.

Being presumptuous concerning the Grace of God is, in my opinion, like spitting in the face of Jesus (see Hebrews 6:6). Christ died so that we might live! The scriptures say that he was bruised for our iniquity (Isaiah 53:5). He took upon Himself the power of sin and the guilt that sin brings over us so that we can be more than conquerors. He made a way for His Children to live above the curse of sin. For us to preach a weak gospel or to offer a sympathetic stronghold to the sinner is a slap in the face to the POWER OF THE GOSPEL.

Ephesians 2:8 says, "For by grace are ye saved through faith" (KJV).

We cannot have pure faith unless we are freed from the guilt of sin. So as long as we have a sin problem... we are going to have a faith problem.

This is why repentance is so important. Repentance is a true remorse over sin and a sincere humility toward Holy God. Repentance is not being sorry that sin has been exposed. Instead, rrepentance means that we turn from that sin and turn to Christ. When a sinner comes to Christ, he or she is saying, "Lord, I have sinned against You! I am wrong. Please forgive me, cleanse me, and make me righteous in your sight. I never want to return to that sin (or way of life) again."

Even in Titus 2:11, the Word of God says, "For the grace of God that bringeth salvation hath appeared to all men, TEACHING us that, denying ungodliness and worldly lusts, we should live soberly, righteously, and godly, in this present world" (KJV).

So here we see that GRACE...

BRINGS SALVATION
TEACHES US
HELPS US TO DENY UNGODLINESS AND WORLDLY LUSTS
HELPS US TO LIVE SOBERLY, RIGHTEOUSLY, AND GODLY

So when someone who claims to be a Christian says, "I CAN'T LIVE GODLY. SIN HAS POWER OVER ME" They are rehearsing a lie sent straight from hell. If they are truly a Child of God, they have been empowered - by grace - to be righteous. And living righteous - glory to God - means that we LIVE ABUNDANTLY! That's where the blessings are!

So my friend, let's don't be presumptuous about the things of God any longer and let's don't teach others to be that way, either. God is Holy! He has commanded us to be Holy! The Lord has no pleasure in the death of the wicked! He has made a way for us to LIVE life ABUNDANTLY... in this life and in the life to come!

But... we must live by His STANDARDS. His standards are just. They are fair. They are true.

So REPENT! Come out from among them! Be Holy! Turn from idolatry! Turn from lusts!. Turn from worldly ideologies! Turn from spiritual apathy!