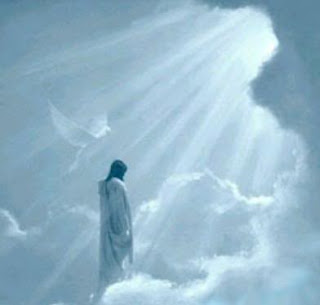 HEBREWS 13:8 - Jesus Christ the same yesterday, and to day, and for ever.

MATTHEW 4:23 - And Jesus went about all Galilee, teaching in their synagogues, and preaching the gospel of the kingdom, and healing all manner of sickness and all manner of disease among the people.

LUKE 9:11 - And the people, when they knew it, followed him: and he received them, and spake unto them of the kingdom of God, and healed them that had need of healing.

ACTS 4:22 - For the man was above forty years old, on whom this miracle of healing was shewed. (Here Jesus healed a man who was over 40 and had lived with a condition all of his life. See: Acts 3:2 - And a certain man lame from his mother's womb was carried, whom they laid daily at the gate of the temple which is called Beautiful, to ask alms of them that entered into the temple..... Most people would say, that is God's plan for him... but Jesus healed him!!!!!! I love this passage!)

ACTS 10:38- How God anointed Jesus of Nazareth with the Holy Ghost and with power: who went about doing good, and healing all that were oppressed of the devil; for God was with him.

JEREMIAH 30:17 - For I will restore health unto thee, and I will heal thee of thy wounds, saith the LORD; because they called thee an Outcast, saying, This is Zion, whom no man seeketh after.

JEREMIAH 33:6 - Behold, I will bring it health and cure, and I will cure them, and will reveal unto them the abundance of peace and truth.

ACTS 27:34 - Wherefore I pray you to take some meat: for this is for your health: for there shall not an hair fall from the head of any of you.

3 JOHN 1:2 - Beloved, I wish above all things that thou mayest prosper and be in health, even as thy soul prospereth.

PSALM 107:20 - He sent his word, and healed them, and delivered them from their destructions.

ISAIAH 53:5 - But he was wounded for our transgressions, he was bruised for our iniquities: the chastisement of our peace was upon him; and with his stripes we are healed.

MATTHEW 8:8 - The centurion answered and said, Lord, I am not worthy that thou shouldest come under my roof: but speak the word only, and my servant shall be healed.

MATTHEW 8:13- And Jesus said unto the centurion, Go thy way; and as thou hast believed, so be it done unto thee. And his servant was healed in the selfsame hour.

MATTHEW 8:16 - When the even was come, they brought unto him many that were possessed with devils: and he cast out the spirits with his word, and healed all that were sick:

MATTHEW 12:15 - But when Jesus knew it, he withdrew himself from thence: and great multitudes followed him, and he healed them all;

MATTHEW 12:22 - Then was brought unto him one possessed with a devil, blind, and dumb: and he healed him, insomuch that the blind and dumb both spake and saw.

MATTHEW 15:30 - And great multitudes came unto him, having with them those that were lame, blind, dumb, maimed, and many others, and cast them down at Jesus' feet; and he healed them:

MATTHEW 19:2 - And great multitudes followed him; and he healed them there.

MATTHEW 21:14 - And the blind and the lame came to him in the temple; and he healed them.

MARK 1:34 - And he healed many that were sick of divers diseases, and cast out many devils; and suffered not the devils to speak, because they knew him.

MARK 3:10 - For he had healed many; insomuch that they pressed upon him for to touch him, as many as had plagues.

MARK 5:23 - And besought him greatly, saying, My little daughter lieth at the point of death: I pray thee, come and lay thy hands on her, that she may be healed; and she shall live.

MARK 5:29 - And straightway the fountain of her blood was dried up; and she felt in her body that she was healed of that plague.

MARK 6:5 - And he could there do no mighty work, save that he laid his hands upon a few sick folk, and healed them. (Here, Jesus could not do many miracles because of their unbelief. To them, he was just Joseph's son, not the son of God. Mark 6:1 - 1And he went out from thence, and came into his own country; and his disciples follow him.)

MARK 6:13 - And they cast out many devils, and anointed with oil many that were sick, and healed them.

LUKE 4:40 - Now when the sun was setting, all they that had any sick with divers diseases (many kinds of diseases) brought them unto him; and he laid his hands on every one of them, and healed them.

LUKE 5:15 - But so much the more went there a fame abroad of him: and great multitudes came together to hear, and to be healed by him of their infirmities.

LUKE 6:19 - And the whole multitude sought to touch him: for there went virtue out of him, and healed them all. (These people "sought to touch Jesus". Therefore, they all were healed. They believed!)

LUKE 7:7 - Wherefore neither thought I myself worthy to come unto thee: but say in a word, and my servant shall be healed. (Great faith. This man knew the Word of God alone would heal.)

LUKE 8:47 - And when the woman saw that she was not hid, she came trembling, and falling down before him, she declared unto him before all the people for what cause she had touched him, and how she was healed immediately. (Doctors couldn't heal her but Jesus could and HE DID.)

LUKE 9:11 - And the people, when they knew it, followed him: and he received them, and spake unto them of the kingdom of God, and healed them that had need of healing. (Healing is part of the Kingdom of God. That is God's plan.)

LUKE 9:42 - And as he was yet a coming, the devil threw him down, and tare him. And Jesus rebuked the unclean spirit, and healed the child, and delivered him again to his father.

LUKE 13:14 - And the ruler of the synagogue answered with indignation, because that Jesus had healed on the sabbath day, and said unto the people, There are six days in which men ought to work: in them therefore come and be healed, and not on the sabbath day. (Religion will never get anyone healed. The teachings of Jesus goes against religion & tradition. Church Denominations can be a form of religious traditions if the denomination and its beliefs are exalted above the Word of God. We must let all of our preconceived - negative- ideas about healing go and surrender to the WORD OF GOD... which is healing. Just Believe!)

ACTS 5:16 - There came also a multitude out of the cities round about unto Jerusalem, bringing sick folks, and them which were vexed with unclean spirits: and they were healed every one.

ACTS 8:7 - For unclean spirits, crying with loud voice, came out of many that were possessed with them: and many taken with palsies, and that were lame, were healed.

ACTS 14:9 - The same heard Paul speak: who stedfastly beholding him, and perceiving that he had faith to be healed, (This is why I am not at liberty to pray healing over anyone unless they want it and believe in it.)

ACTS 28:8 - And it came to pass, that the father of Publius lay sick of a fever and of a bloody flux: to whom Paul entered in, and prayed, and laid his hands on him, and healed him.

ACTS 28:9 - So when this was done, others also, which had diseases in the island, came, and were healed:

JAMES 5:16 - Confess your faults one to another, and pray one for another, that ye may be healed. The effectual fervent prayer of a righteous man availeth much.

1 PETER 2:24 - Who his own self bare our sins in his own body on the tree, that we, being dead to sins, should live unto righteousness: by whose stripes ye were healed.
MARK 1:40 - And there came a leper to him, beseeching him, and kneeling down to him, and saying unto him, If thou wilt, thou canst make me clean. And Jesus, moved with compassion, put forth his hand, and touched him, and saith unto him, I will; be thou clean. ( I love this! When the leper said, "Jesus, is it your will?" Jesus answered and said, "YES!")

MATTHEW 13:58 - And he did not many mighty works there because of their unbelief.

MATTHEW 17:20 - And Jesus said unto them, Because of your unbelief: for verily I say unto you, If ye have faith as a grain of mustard seed, ye shall say unto this mountain, Remove hence to yonder place; and it shall remove; and nothing shall be impossible unto you.

MARK 6:6 - And he marvelled because of their unbelief. And he went round about the villages, teaching

"... I have set before you life and death, blessing and cursing; therefore choose life, that both you and your descendants may live; that you may love the Lord your God, that you may obey His voice, and that you may cling to Him, for He is your life and the length of your days ..." (Deuteronomy 30:19)
"For by Me your days will be multiplied, and years of life will be added to you." (Proverbs 9:11)
"You shall walk in all the ways which the Lord your God has commanded you, that you may live and that it may be well with you, and that you may prolong your days in the land which you shall possess." (Deuteronomy 5:33)
"My son, do not forget My law, but let your heart keep My commands; for length of days and long life and peace they will add to you." (Proverbs 3:1)
"Honor your father and your mother, that your days may be long upon the land which the Lord your God is giving you." (Exodus 20:12)
GENESIS 6:3 - Then the Lord said, My Spirit shall not forever dwell and strive with man, for he also is flesh; but his days shall yet be 120 years.

PSALM 90:10 - The days of our years are threescore years and ten (70 years); and if by reason of strength they be fourscore years, yet is their strength labour and sorrow; for it is soon cut off, and we fly away.

MARK 9:24 - And straightway the father of the child cried out, and said with tears, Lord, I believe; help thou mine unbelief.

YES! Jesus still heals today!
Sign Up for Email Updates
For Email Newsletters you can trust.